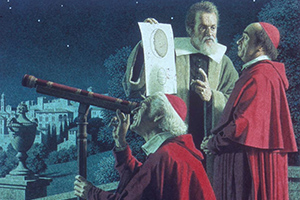 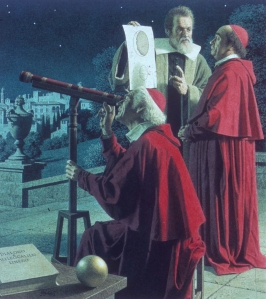 By its very nature science is designed to be open to any idea that passes the test of the scientific method. Still, history is filled with examples where religious, political and academic authorities outlawed certain scientific ideas when they were deemed philosophically taboo. The trials of Galileo and Copernicus attest to that.

Today, evolution and the anthropological global warming are but two ready examples of taboo science.  Another example of this is the basic idea of treating mental illnesses and drug addiction with neurosurgical lesioning.  Because of the well documented abuses of psycho surgery as practiced over two generations ago, as well as the ethics involved in securing informed consent, many well meaning and knowledgeable individuals today recoil with horror over the idea of addressing behavioral disorders with surgery.  The practical consequences of such sentiments is that the barriers for doing research in these fields (e.g. convincing institutional IRB’s to approve) are especially high.  Nevertheless, if an investigator is fortunate enough to get IRB permission and complete a clinical trial in an area of forbidden science, what happens during the publication process?

It’s dangerous to generalize, but based on the experiences of Wang et al, whose paper on nucleus accumbens lesioning for addiction was published in Cureus.com the past week, researchers face yet another round of challenge when publishing the results of taboo clinical studies in the peer reviewed literature.  Wang et al’s paper was rejected by two major scientific journals, not outright, but rather by means of what I like to call a “reviewer pocket veto.” The author is invited to resubmit for possible reconsideration only after addressing a near endless list of often unanswerable questions, collecting uncollectable data and changing dozens of sections in the manuscript.  Did the reviewers believe that such a request would significantly change the manuscript’s (the author’s) basic conclusions, or were they, along with the editors, trying to silence forbidden science?

Because the conventional peer review process is so opaque it’s near impossible to know the truth for why any paper is rejected.  The team of Chinese researchers who conducted this study have personally reported to me that despite the truly ground breaking and novel nature of the experience they report, their work has more than once been rejected by major English medical journals in the past.  Because of such past rejections, this time around every effort was made to write this paper and analyze the data by using the highest scholarly standards.  Despite the best efforts by all those involved, reviewer judgments changed little.  What this experience has led me to conclude is that unlike accepted science, taboo science must meet the highest standards before it can see the light of day in peer reviewed journals.  Does such a double standard really benefit society or the participants in research studies?

Some may find my allegations about the existence of forbidden science in this blog to be poorly substantiated.  However, one highly accomplished investigator, who was critical to analyzing and editing the Wang et al manuscript, was explicitly deprived of his rightfully deserved authorship status by the prestigious medical school they worked at. The medical school arrived at its decision with no rationale other than the “controversial” nature of the research at hand.

Ironically, the same academic authorities have no compunction for decrying those who seek to discredit human evolution or anthropological global warming while trumpeting loudly their belief in academic freedom.  Pope Pius VI would have found kindred spirits among the leadership of this prestigious academic institution.

Thanks to Cureus.com, Wang et al’s paper is now in the public domain where it can be criticized for the character of its content, and not merely suppressed for the forbidden subject matter it dares to report.  I invite all the anonymous reviewers who rejected this paper on behalf of other journals to now “go at it” – comment to their heart’s content on the Cureus website. And if only metaphorically, rip it to shreds to the level that’s deemed appropriate. The SIQ scoring process makes it very easy to discredit a paper like the Wang et al study.  It’s only in the court of open and vigorous public discourse where scientific truths can be revealed. And only through this open process one more domain of forbidden science can finally emerge from a long dark tunnel of taboo.

For those of us who haven’t spent a career in academic medicine, we tend to think of research and publishing as driven by the quest for knowledge.  Harvard University Press recently released a book by Paula Stephan (Professor of Economics at Georgia State University) focusing on how science  – grants, research topics and, ultimately careers  – is influenced by money to a much larger degree than most people realize.

In Stephan’s discussion of collaboration in journal articles, for example, she makes the point that papers are increasingly written by teams of authors rather than a single author.  This is due in part to the rising costs of research supplies, equipment and staff.  About the only cost that has been decreasing is the cost of global communication which has added to collaborative endeavors.  Increased collaboration also reflects the fact that researchers are increasingly narrowing and deepening their areas of specialty.

In addition to these substantive points, Stephan also mentions a number of facts that are interesting and fun.  What layman would know that “off the shelf” research mice sell for $17-$60 each, or that some mice predisposed to a certain disease can cost several thousand dollars a piece? How could a layman know the details of the IceCube Neutrino Observatory which sits under the South Pole and lists all 256 project members as authors of articles coming from the project.

How Economics Shapes Science by Paula Stephan, is very readable and fascinating for anyone with an interest in scientific and medical research and how they are influenced by money.