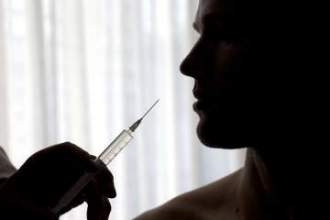 Cur&#275us published a study from China on a controversial surgery for opiate addiction back in June — the scientific paper has just now begun to spark intense debate in the scientific community after drawing attention in a November English journal publication.

Time Magazine Neuroscience Journalist, Maia Szalavitz has written an insightful piece highlighting the study on Nucleus Accumbens Surgery for Addiction — pointing out the risks versus the push for innovation.

“The surgery is actually performed while patients are awake in order to minimize the chances of destroying regions necessary for sensation, consciousness or movement.  Surgeons use heat to kill cells in small sections of both sides of the brain’s nucleus accumbens.” Maia Szalavitz wrote for Time.

John Adler, MD, Professor of Neurosurgery, Stanford University and Editor-in-Chief at Cur&#275us spoke to Time Magazine about the controversy surrounding this risky surgery.

Even though Dr. Adler is not endorsing the procedure, he is convinced the surgery can “provide valuable information about how the nucleus accumbens works, and how best to attempt to manipulate it.”

“I do think it’s worth learning from,” he says. “As far as I’m concerned, ablation of the nucleus accumbens makes no sense for anyone. There’s a very high complication rate. [But] reporting it doesn’t mean endorsing it. While we should have legitimate ethical concerns about anything like this, it is a bigger travesty to put our heads in the sand and not be willing to publish it,” Dr. Adler told Maia Szalavitz.

It’s important to note that Dr. Adler collaborated with Chinese researchers on their publication and he is listed as a co-author. When the study was originally published in the free Cur&#275us journal library back in June, Dr. Adler spoke to the value of the research for neurosurgeons.

“Although this procedure has been used in 1000s of patients in China yet never reported in English until now, other scientific journals and their reviewing processes made it exceedingly difficult to publish in a traditional peer reviewed journal.” Dr. Adler wrote.

“I expect many physicians, especially neurosurgeons, involved in treating behavioral diseases or addiction, to be CURIOUS about the findings contained within this paper!” he added.

“The team of Chinese researchers who conducted this study have personally reported to me that despite the truly ground breaking and novel nature of the experience they report, their work has more than once been rejected by major English medical journals in the past.” Dr. Adler wrote.

You can read the entire Time Magazine article yourself and then jump headlong into the controversy surrounding this not so new bit of “forbidden science”.