Active Use of Relaxation May Have Health Benefits 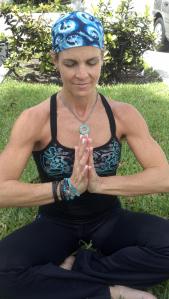 A recently published study provided new and encouraging information about the health benefits gained by those who actively employ the “relaxation response.”  The relaxation response is a physiological state of rest and calm that directly opposes the state of stress and “fight or flight,” and is often elicited through techniques such as yoga and meditation. The study by Manoj Bhasin and Herbert Benson, of the Benson-Henry Institute for Mind-Body Medicine at Massachusetts General Hospital and Beth Israel Deaconess Medical Center, and their colleagues, identified benefits to certain, specific aspects of health that had not been previously known.

The study examined a novice group of individuals who were taught to induce the relaxation response during an 8-week training session, through the use of particular techniques including yoga and meditation. Blood samples were taken prior to the training course, immediately before and after participants listened to a 20-minute CD program on health education.  After completing the course, participants came into the laboratory and practiced the relaxation response. Just before and after these sessions, blood samples for gene expression were taken from each subject. Fractional exhaled nitric oxide samples were also collected. This group was compared to another who had been practicing such techniques prior to entering the study.

The researchers found that practicing the relaxation response led to changes in the gene expression associated with insulin secretion, inflammatory response, energy metabolism, and mitochondrial function. A systems biology analysis revealed an upregulation of pathways involved in energy metabolism, and a suppression of pathways involved inflammation, stress, and cancer in those who practiced the relaxation response. Importantly, there was an immediate change in gene expression upon use of the relaxation response, which may provide insight into its short and long term health effects. While both groups displayed these changes, the long term practitioners showed stronger effects.

Read more about this study here

Cureus Cureus is redefining the way medical science is published, reviewed and shared.
Published May 5, 2013
%d bloggers like this: