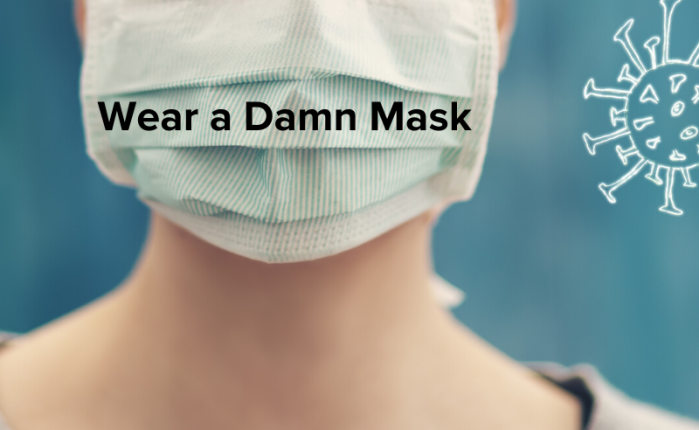 When Covid first appeared in the US, several Asian physician friends had simple advice for me, “Wear a mask.” Having dealt with various coronaviruses for over a decade, this was the fundamental lesson taken from dealing with and controlling these respiratory viruses. Now, I may only be a dumb neurosurgeon, (said with humility, irony and in jest), but I know a thing or two about masks, having spent 30 years of life wearing them, sometimes for 12 or more hours at a time. There is nothing pleasurable about wearing a mask, but I have experienced first-hand how masks can protect patients and physicians from illness. More broadly I have seen how masks can protect healthcare workers from the worst of infectious diseases, even giving them supernatural-like protection when they must enter the belly of the beast while caring for highly contagious and fatal illnesses like Ebola. Meanwhile, each and every day, healthcare workers all over the world, including my own family members are able to avoid infection while caring for hospitalized Covid patients who are often spewing the virus everywhere. It’s incontrovertible – masks truly work!; they prevent Covid infections.

END_OF_DOCUMENT_TOKEN_TO_BE_REPLACED

Researchers in Finland have found that a diet rich in tomatoes may be a tasty way to reduce the risk of having a stroke due to the vegetable’s high concentration of lycopene.

A study published in the journal Neurology, showed that men with the most lycopene in their bloodstream were the least likely to have a stroke — in fact, the overall risk of stroke was reduced by 55% according to researchers.

“This study adds to the evidence that a diet high in fruits and vegetables is associated with a lower risk of stroke.” said study author Jouni Karppi, PhD, of the University of Eastern Finland in Kuopio.

“The results support the recommendation that people get more than five servings of fruits and vegetables a day, which would likely lead to a major reduction in the number of strokes worldwide, according to previous research.” Dr. Karppi added in an AAN press release.

The study was conducted over a 12 year period using blood tests to determine lycopene levels in 1,031 men between the ages of 46 to 65 — with 67 strokes tallied by researchers in their subjects during the monitoring period. Men with higher lycopene levels proved to be less vulnerable to a stroke.

When tomatoes are cooked, the amount of lycopene absorbed by your body increases. According to the USDA, 1 cup of ready-to-serve spaghetti/marinara sauce contains more than 31,000 micrograms of lycopene compared to the average raw tomato which has about 3,165 micrograms.

“More research is needed to help us understand why the particular antioxidant found in vegetables such as tomatoes could help keep our stroke risk down.” Dr. Clare Walton, from the Stroke Association told the BBC.

It should be noted that lycopene also appears in pink grapefruit, papaya, guava, red peppers, and watermelon.

[via American Academy of Neurology]