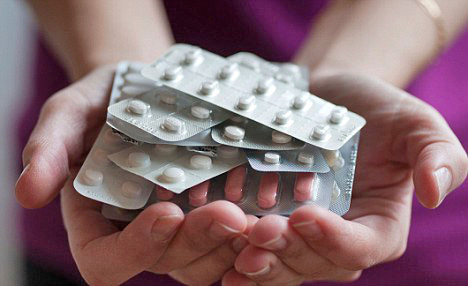 A new study out of Denmark suggests that those taking statins to lower cholesterol, may also be reducing their risk of death from cancer.

Researchers led by Sune F. Nielsen, PhD, of the University of Copenhagen, reported that patients who took statins were 15 percent less likely to die from their cancer than other cancer patients were — a conclusion reached after studying the records of nearly 300,000 cancer patients in Denmark diagnosed between 1995 and 2007.

“Regular statin use before and after a diagnosis of cancer could theoretically reduce cancer-related mortality,” researchers wrote in the November 8 issue of the New England Journal of Medicine.

Popular statins like Lipitor, Zocor and Crestor, are regularly prescribed by physicians to lower cholesterol and stop build-up of plaque on artery walls in order to prevent strokes, heart attacks and heart disease — not to stop cancer growth and metastasis.

“Additional research will be needed to clarify if and how statins might influence survival in cancer patients,” says Eric J. Jacobs, PhD, of the American Cancer Society — who called the findings “intriguing and exciting” and worthy of further research. – Source LA Times

Researchers concluded in the published report that their findings “suggest a need for trials of statins in patients with cancer.”